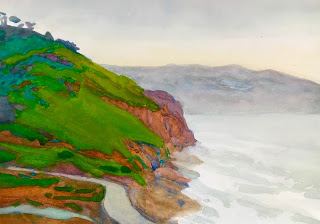 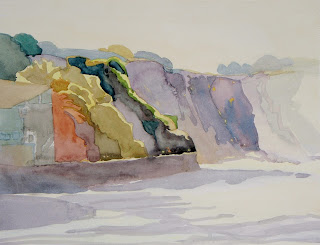 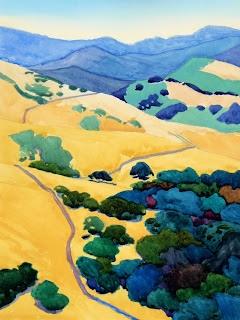 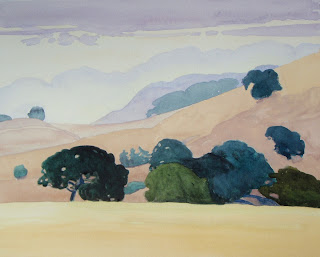 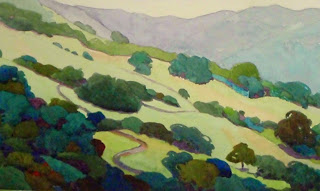 I  entered one as a tribute to LPAPA founder Ken Auster, whose recognition of it with an award meant a great deal to me, since he was one of the artists I admire most. 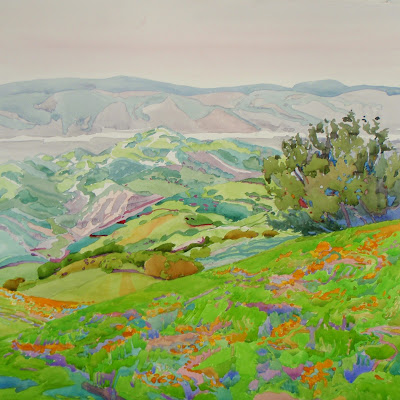 We had so much rain this year and the Wild Flowers did so well, it was like painting in a giant garden. Along with "Blue Ridge" and the other two Mount Diablo paintings I recently posted below, it's a series of large square paintings giving me an excuse to paint in the same place for multiple days in a row. These each represent two or three times on Diablo. And because the poppies open later I get to paint later in the day.
The green is virtually gone now, but I really appreciated it, having had several winters where there was only a trace.
Posted by Robin Purcell at 5:01 PM No comments: 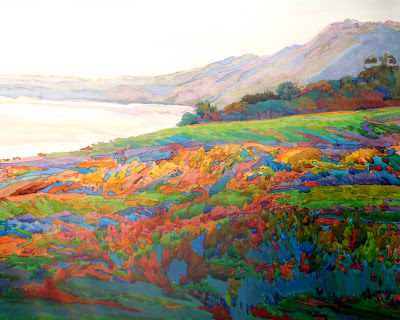 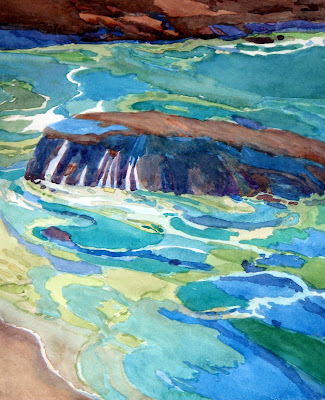 I am honored that two of my paintings were selected to be a part of this prestigious exhibition mounted by two outstanding organizations, the California Art Club and Saint Mary's College Museum of Art here in Northern California.
Saint Mary's featured my painting on the web site here: http://www.stmarys-ca.edu/california-art-club-summer-2016

The California Art Club is a century plus old club that was revived in the 1980's and presents a yearly Gold Medal Exhibition at a Southern Art Museum, usually the Autry or the USC Fischer Museum of Art.
The Saint Mary's College Museum of Art has an annual landscape exhibit that has been an inspiration for many years.